Lekkas looks to the future

Hawthorn’s Angelo Lekkas yesterday drew the curtains on his 180-game AFL career, seven months to the day since he had a stroke in a pre-season practice match against Fremantle.

The 29-year-old, who recovered against the odds to play the last nine games of the season, said he had been given the all-clear by the doctors to play next year, but he was not prepared to risk a recurrence of the condition. Only two weeks ago Lekkas’ manager indicated that his client intended playing for another season.

“There’s a lot of question marks there. Health-wise, the option was there to play and I could have played, but the way I felt this year I didn’t want to go through that again,” Lekkas said at Glenferrie Oval.

“I just feel with everything I’ve gone through this year and the way it’s panned out, it’s just my time to leave the game, and I’ve got no regrets or problems with that.

“My intention from now is to start the next chapter of my life with enthusiasm and optimism.

It was a gracious departure from the game, with Lekkas paying tribute to the club for the support it gave him during his recovery.

He described his 10 years at the top level of the game as “a blessing”.

“To me it’s been more than a game, it’s been in many ways a teacher of life,” Lekkas said.

Ange strongly believes that mediation should be a part of any footy training program. Young footy players are under so much pressure in the digital age they need more help than ever to keep their mental health in check.
Read the full article here 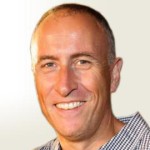